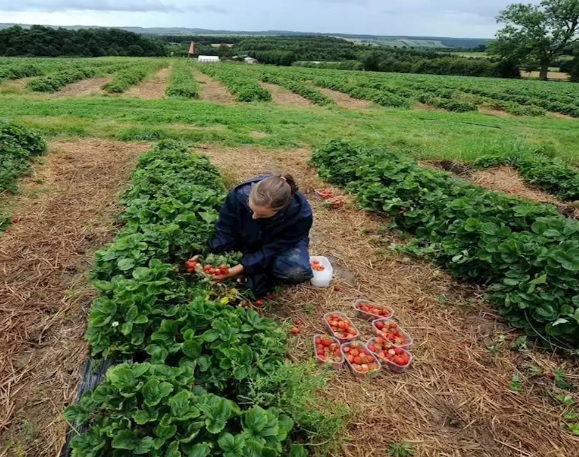 The controversy over seasonal fruit pickers arriving from Bulgaria to work for Keelings in north county Dublin raises a number of issues. These include public health concerns, the exploitation of migrant workers and attempts by a far-right minority to capitalize on the controversy in order to stoke hostility against these workers.

Fingal is a food-producing region. An estimated 55% of the country’s fresh produce, including fruits, berries, lettuces, potatoes, onions, and carrots, is produced here. Do we know how the food that ends up on our supermarket shelves and plates is produced? Do we know what conditions are like for seasonal fruit-pickers from Bulgaria and other countries who live and work in our communities? Migrant workers in general and seasonal migrant workers, in particular, are vulnerable to exploitation. Such exploitation is widespread in the food production sector and not just in Ireland. Do these workers only become visible in the context of a pandemic and concerns over public health? Unite, the union has been raising the alarm for years over the exploitation of migrant farmworkers by Keelings. The authorities have not taken action following reports of substandard working and living conditions. Migrant agri-food workers, invisible to the general population because of their work, accommodation, and control over their movements, are amongst the most vulnerable people in our neighbourhoods, and we often don’t even know they are there.

The arrival of migrant fruit pickers from Bulgaria would probably have gone unnoticed by most people if not for the global health emergency. At this stressful time, we are understandably concerned for the health of our families, friends, and communities. We are cooperating with public health measures including unprecedented restrictions on movement. The government has categorized food production as an essential service and allowed flights carrying seasonal fruit pickers to arrive in Ireland. At a video conference on 26 March, EU leaders including Leo Varadkar requested the continued free movement of migrant seasonal workers across borders to prevent disruption of agri-food supply chains. The Minister for Agriculture made a similar appeal at a virtual meeting of EU agriculture ministers. It is not tenable for the Taoiseach to now claim he hadn’t envisaged hundreds of agricultural workers arriving from abroad. These essential workers have been placed in a difficult situation not of their making but by Keelings and the Irish government. They are risking their health to provide for their families, engaging in seasonal farm work in another country – something with which generations of Irish people are familiar. Trade unions and migrant rights organisations, as well as the Health and Safety Authority, should be given access to workplaces and accommodation to monitor compliance by Keelings and other companies with public health measures, including isolation/ quarantine and physical distancing. Accommodation in which workers can self-isolate should also be made available. By ensuring the migrant workers who live and work in Fingal have the same rights as all workers we will be protecting their health and that of the wider community.

When we are sharing material on social media, we need to be aware that a far-right minority is attempting to capitalize on the Keelings controversy and exploit health concerns in order to stoke hostility against migrant workers. Moreover, the exploitation of fruit pickers by companies such as Keelings is sustained and facilitated by measures which treat migrant workers differently to other workers and cut them off from the communities in which they live and work. Unless we tackle this regular and unnoticed exploitation, and disregard by the state and consumers, there will be a continued lack of regard for migrant workers. A perspective of solidarity with exploited workers, our invisible neighbours, and care for all can cut across these attempts to divide us.
#FingalTogether #ProtectAllWorkers #COVID19

We need to talk….